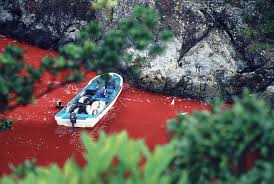 *Thanks so much to everyone who read and liked my first post, Days of Chickens!*

Rina Deytch, the unstoppable force behind the chickens. Behind her, hundreds of chickens in cramped cages await their fate.

As an activist, I can tell you that there is nothing more satisfying than planting a seed and watching it grow in someone’s consciousness. But just as in literal gardening, planting seeds is only possible under certain conditions. Changing the elements can mean killing the sprout at it’s most precarious point. A lot of sun helps plants grow – in the activist’s case, a sunny demeanor goes a long way too. Some additional conditions for planting seeds in activism are empathy, compassion, and intuition.

If I made any progress at the recent Kapporos demonstration it was through Colleen Patrick Goudreau’s podcast, How to Talk to Hunters (or Anyone With Whom You Disagree). I knew I was in for a challenge, and needed to head off any negative energy with inspiring ideas. I had listened to this podcast earlier in the year, and remembered the profound impact of her message. Colleen suggests that we have “compassion for people with whom we disagree or who participate in behavior we find abhorrent… It’s easy to be compassionate towards like-minded people; the challenge is choosing to have compassion towards those with whom we disagree.”

For the most part it was a very successful event. But even a few ineffective people can derail any modicum of progress. There were some negative signs bearing strong, accusatory messages. A few people (on both sides) shouted when intelligent conversation might have helped. One activist who had very good intentions was often oblique or rambling and repeatedly lost her audience. These were all missed opportunities, and I found myself wishing that everyone at the demo had listened to Colleen’s podcast.

Activists and the moving lit van. I didn’t love the homemade red sign, a less accusatory message might have been more effective.

Over 90 degrees and surrounded by the fetid stench of feathers, excrement and decay. It was a tough night.

Now I would be remiss if I didn’t express my joy for the successes of this year’s demos- the issue attracted considerable media attention, many chickens were rescued, and a few operations in Los Angeles were shut down. But I believe that with consciousness and awareness we can move toward a more productive advocacy, allowing us to win over communities.  Just a little more empathy and planning could help us end this thing once and for all.

A lot of kids were interested- the challenge was effective education.

Both the mishaps and my own small victories gave me more insight into what works and what doesn’t when facing people with whom we disagree.  A few practical ideas:

Familiarize yourself with the materials and the issues. We’re out there to educate, so be sure you are educated! This may sound obvious, but look closely at the information you’ll hand out and the signs you hold. You are the ambassador for this message.

No matter how your beliefs diverge, try not to think of anyone as an opponent. They are people just like us, who fear change as much as we all do, who want the best for themselves and their families. Try to see commonalities and focus on that.

Engage in conversation, not argument. Keep it positive!

Don’t use a canned response. Change your words depending out your audience. Kids respond to different ideas than adults do, for instance.

Be friendly. Smile, always smile.
Once again, you are the ambassador for the animals, and for the movement.

Have empathy even when it seems impossible. Think about how you would want to be treated if you were on the other side of the issue, and what methods would impact you. Embody that empathy in your words and your body language.

When you find common ground, use it! I spoke to a woman who wanted to know more about where to swim in Brooklyn. No, it had nothing to do with the chickens, but a conversation about friendly topics opened her up to hearing what I had to say.

Find any way to bring an issue closer to someone, and use that too.
Often, in speaking to kids, I talked about how chickens like to play just like they do- they like to run in the grass and hang out with their friends. Letting them know that animals are similar to them is integral to their viewing them as individuals, not objects.

A smile goes a long way in advocacy!

Is it easy to have empathy for those on the other side? Of course not. But the easy things aren’t necessarily right, it’s generally the opposite. It’s easier to eat microwave pizza for dinner every night, but it’s not healthful in the long run. It takes more forethought and consciousness to cut veggies and and cook healthful meals. But it’s not tough by any means and these simple actions make us stronger. It’s just a question of changing habits. Reacting emotionally rather than intellectually is a habit as well. It can be changed, and it often leads to growth. Your own growth, and the growth of many seeds.

What have you found effective in your advocacy efforts? I’d love to hear.

Why did the chickens cross the road? To escape torture and death, thankfully!

A volunteer loads rescued chickens into a van- There are at least 10, possibly 12 chickens crammed in that crate.

Click to see this rescued hen more clearly. (or any of the photos)

Carting away a live chicken in a garbage bag. I can’t imagine how frightened this poor animal was.

In the background, a man takes home a chicken in a dark garbage bag.

Masks helped only slightly- the air was thick with feathers and various wastes. Breathing was tough for people and chickens.

Breathing was pretty much impossible. Many smiles regardless!